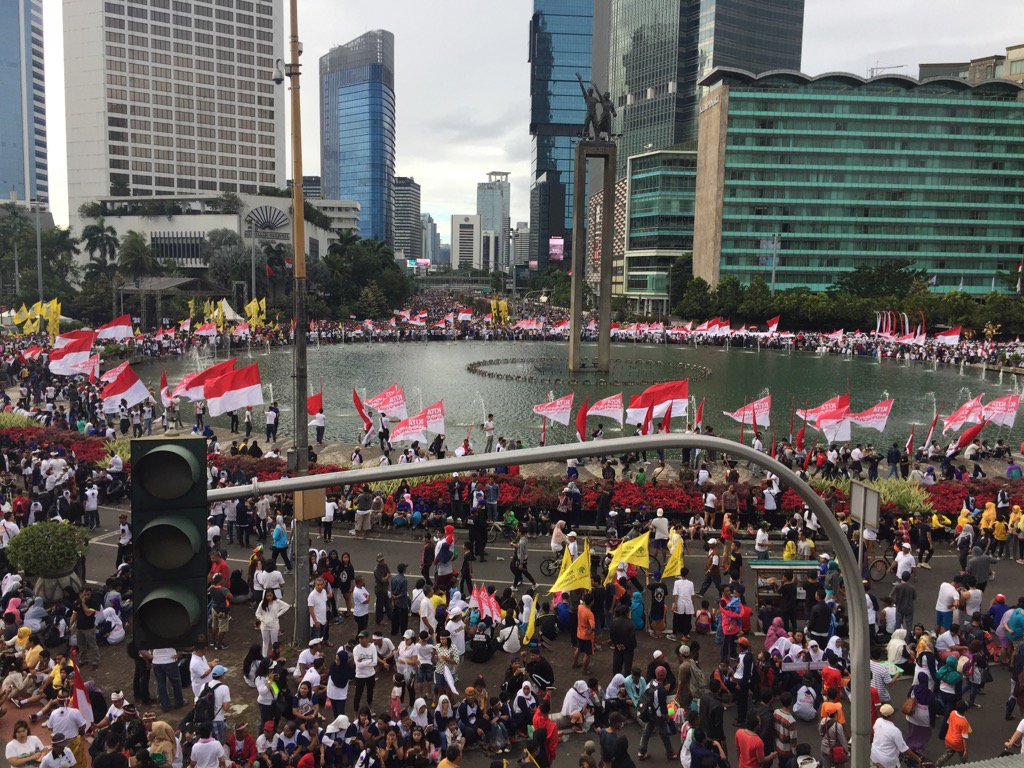 Up to one million people gathered in Jakarta on December 2, calling for Governor Basuki Tjahaja Purnama, or as he is better known Governor ‘Ahok’, to be jailed. Protesters were accusing the ethnic-Chinese Christian politician of insulting Islam in a political debate.

But tens of thousands have turned out on the capital’s main roads yesterday waving national flags and signs saying ‘We Are Indonesia’. They stressed their country’s pluralism and diversity in the face of what might seem a potentially divisive moment, almost 20 years after the ethnic and religiously motivated riots of 1997-1998.

But do accusations against Governor ‘Ahok’ come down to religion or politics?

Download Audio
Produced By
Featured in storyGregory Fealy, Associate Professor and Senior Fellow, Indonesian Politics, Department of Political and Social Change, Bell School of Asia-Pacific Affairs and ANU College of Asia and the Pacific
Category
Tags
Arrow Back to archive
Arrow Back to Monday
Share Facebook Twitter Twitter Tumblr
Other stories from this day:
You might also be interested in: