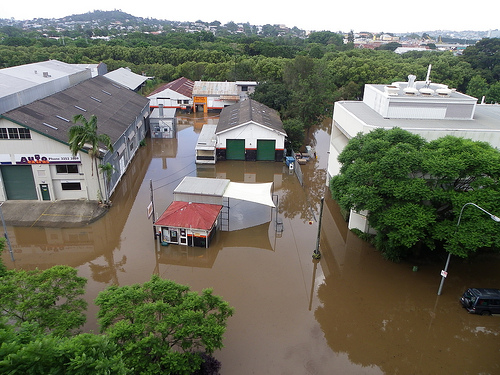 The floods that hit Queensland in 2010 killed 38 people, devastated thousands of homes and led to three quarters of the State being declared a disaster zone. One of the recommendations put forward by the Commission of Inquiry that followed was that the Commonwealth work with the States to improve the public’s access to information about floods.

Today the Government launched the first phase of the National Flood Risk Information Portal, an online resource that it says will help prepare communities for future inundation. The portal was developed by Geoscience Australia, and is part of a $12 million project which will run for the next four years, aiming to inform people about how vulnerable their local area is to flooding.