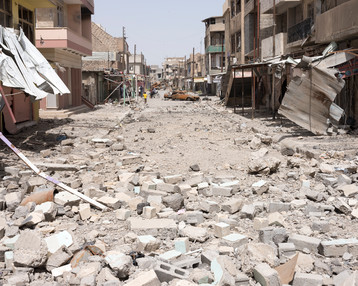 Iraq’s prime minister, Haider al-Abadi, has declared victory over the Islamic State in Mosul after months of bitter fighting to displace the insurgent group.

Thousands have died in the fighting and over a million residents have been displaced.