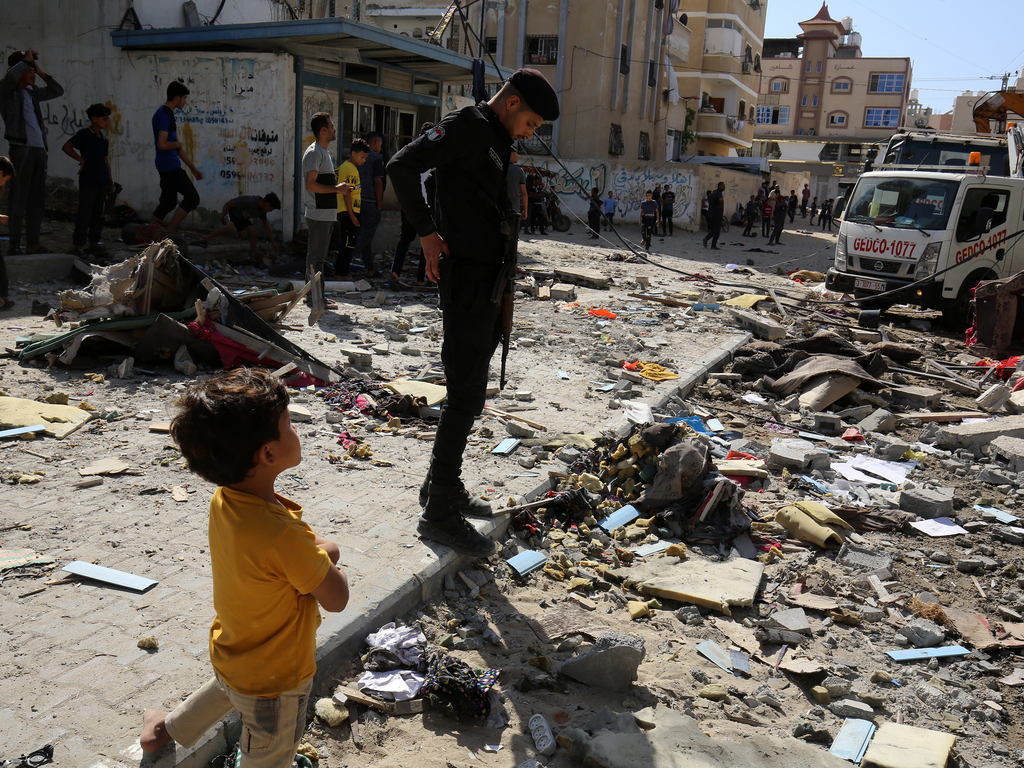 Play
Stop
Image: Abed Rahim Khatib via Shutterstock: Palestinians inspect the damage caused by an Israeli air strike in the town of Khan Yunis, in the southern Gaza Strip, on May 12, 2021.

Forty-two people were killed by Israeli airstrikes on Gaza on Sunday with three buildings flattened on the deadliest day since fighting began a week ago. The United Nations has called for an immediate ceasefire to the conflict that has left a death toll of nearly 200. Israeli Prime Minister Benjamin Netanyahu said in a live address that attacks against Palestinian Hamas militants would continue “in full force”.