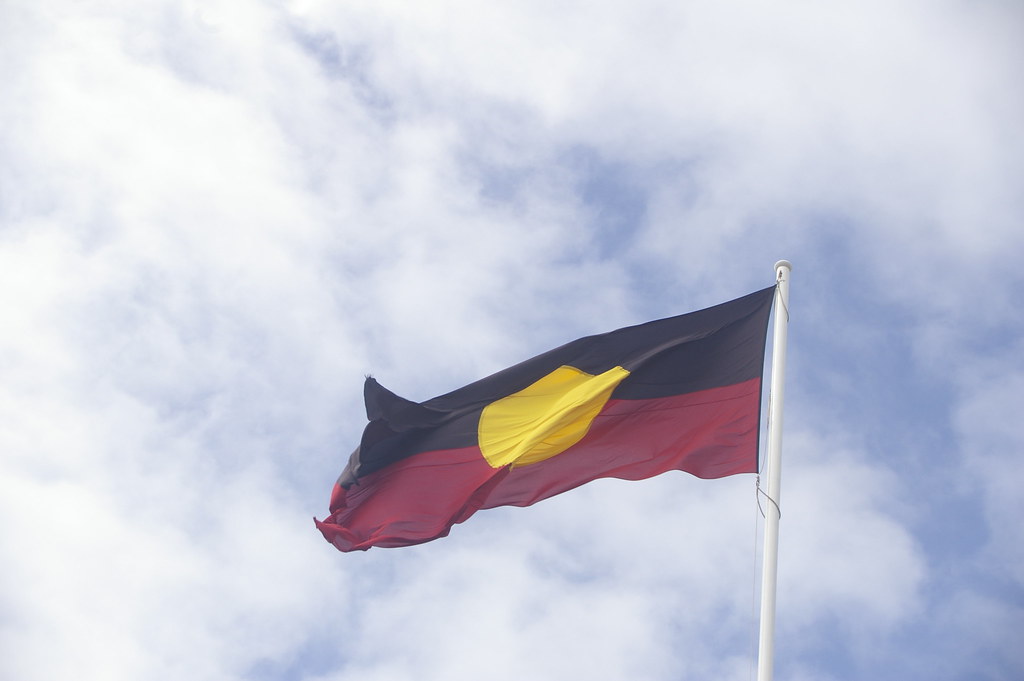 Clothing the Gap is an Aboriginal owned and led fashion label providing Indigenous themed clothing. The social enterprise dedicates profits to grassroots programs in Aboriginal communities. After receiving a cease and desist letter from WAM Clothing last year, Clothing the Gap began a campaign to free the Aboriginal flag from its current copyright agreement.

The #FreeTheFlag campaign gained support this week ahead of the Australian Football League’s Indigenous Sir Doug Nicholl’s round. The Aboriginal flag will be absent from the centre circle this weekend after WAM Clothing and the AFL were unable to come to an agreement. The Collingwood Football Club was the first to get behind the campaign and the League’s other teams soon followed.