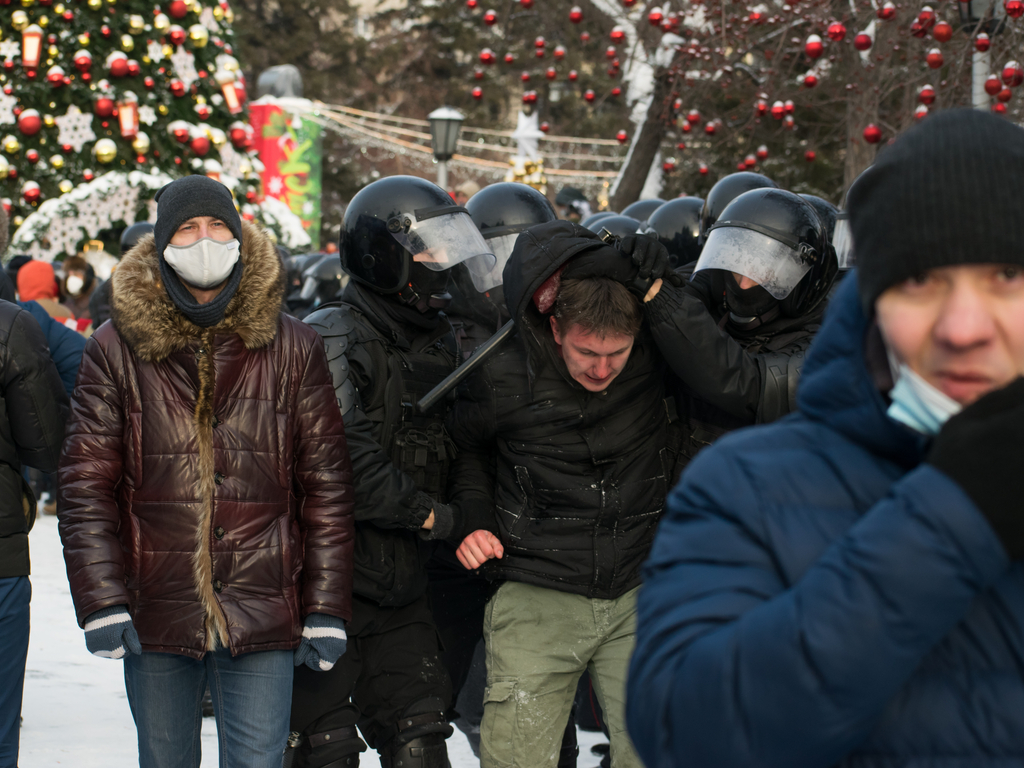 Russian opposition figure, Alexei Navalny has been sentenced to two and half years in jail over allegations he violated the terms of his parole, years ago, in 2014. Outside the Simonovsky District Court in Moscow on Tuesday, where Navalyn appeared for his conviction, police detained hundreds of his supporters calling for his release.

The arrest of the anti-corruption campaigner on January 17, on his arrival back in Moscow after five months of recovering from a Novachok poisoning attempt in Berlin triggered two weeks of nationwide protests against Russian President Vladimir Putin. 5, 045 people were detained by police last Sunday, according to independent monitoring group, OVD-Info. Tens of thousands of protestors marched in Russian cities and towns for the second week demanding the immediate release of Navalyn.

In the ruling yesterday, the court announced that Navalyn- who rose to prominence after exposing money corruption scandals in Russia’s political class- contravened the conditions of his probation, when he was airlifted out of Russia to receive treatment after the nerve agent poisioning. Navalny spoke from a glass cage in court accrediting his arrest to Putin’s ‘fear and hatred’. His lawyers have said that they will appeal his sentence.