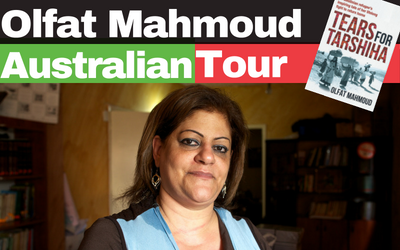 When Israel became a state in 1948 Olfat Mahmoud’s family had to flee their home in the town of Tarshiha in Palestine. They expected to return when tbhings calemed down but instead are still living in a Lebanese refugee camp 70 years later.  Olfat was born in the camp. She has been a nurse, activist, academic and now author,  and has spent her life fighting for the ‘right to return’ that refugees were promised.