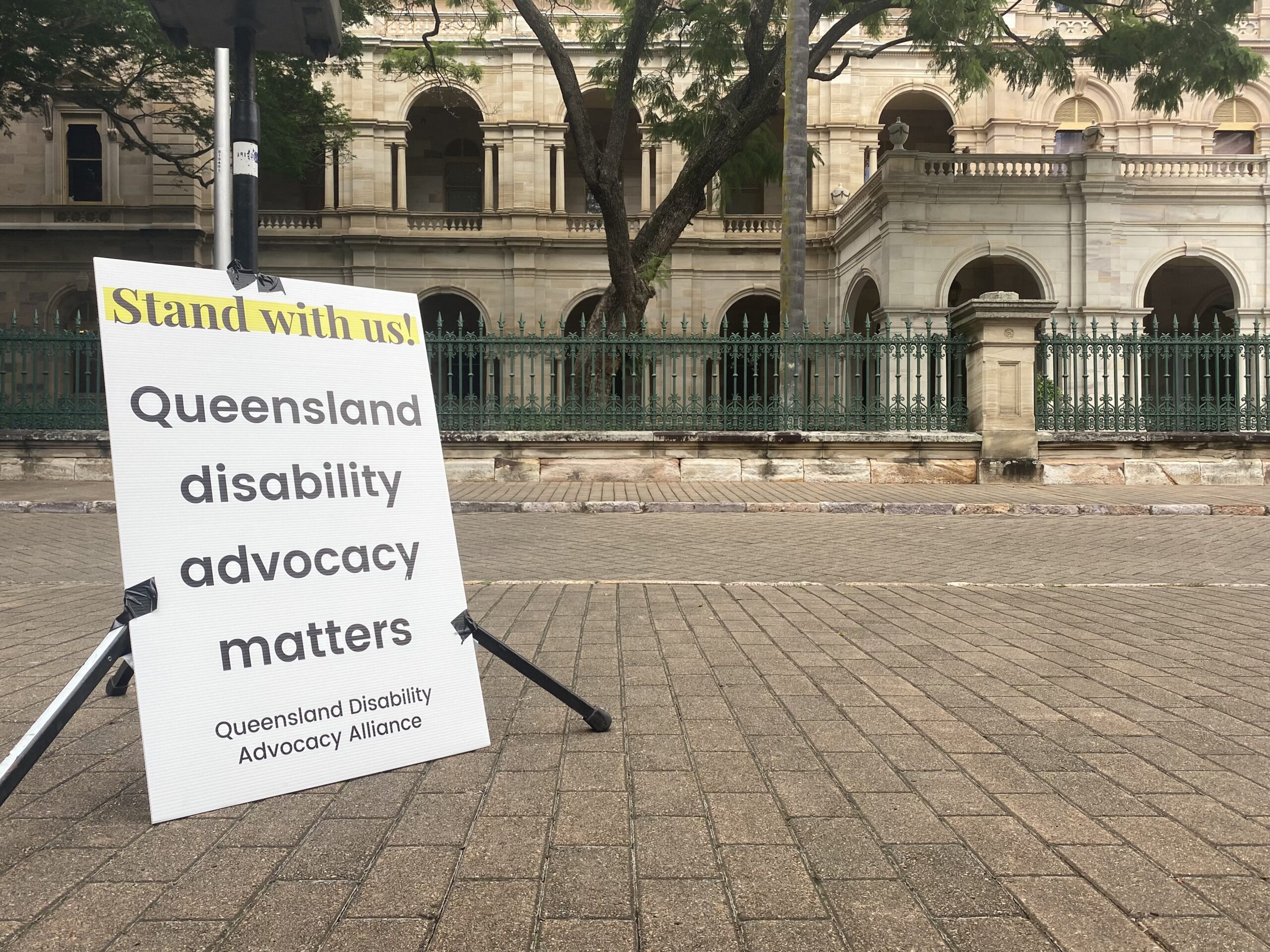 The Queensland Government has finally committed to disability advocacy funding, mere hours before a rally was to take place outside Parliament House.

Previously, the government had no plans to continue funding the sector after June 30, much to the anger of disability advocacy supporters.

As a result, a rally was organised for advocacy campaign Stand With Us! with the intent of calling on the government to continue funding.

The morning of the rally, a media statement was released by Minister for Seniors and Disability Services Craig Crawford, announcing funding has been extended by an extra two years.

Despite this good news, concerns remain about the amount of funding provided, as well as the elected time-frame and the government’s stance on the importance of advocacy services while in the shadow of the NDIS.