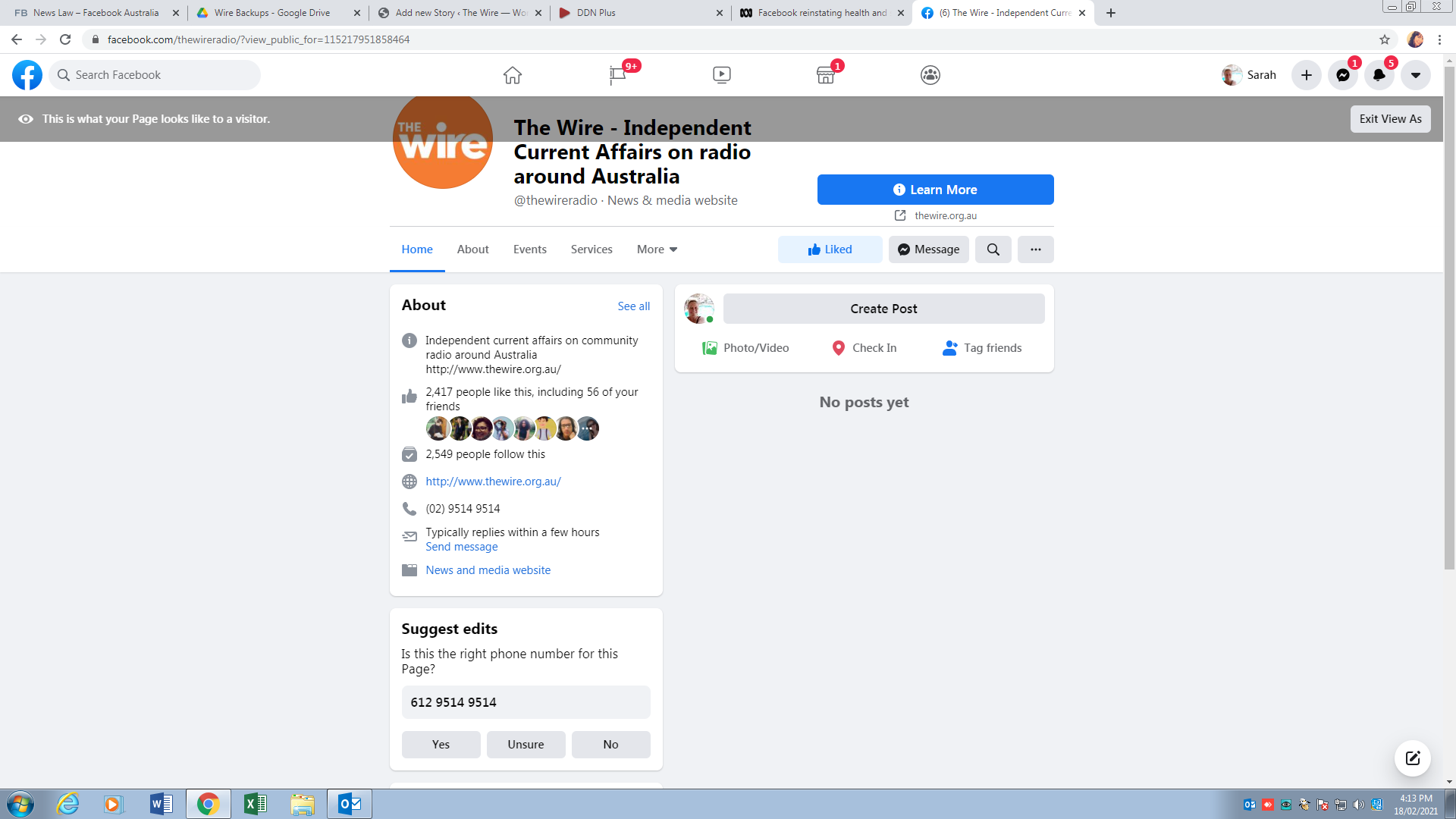 Media organisations, health services, unions and more have been shut down in sweeping changes from social media giant Facebook.

The move is in response to the Federal Government’s proposed laws that would force Facebook to pay publishers for journalism that appears in people’s feeds.

And it impacts community and Indigenous media organisations significantly.