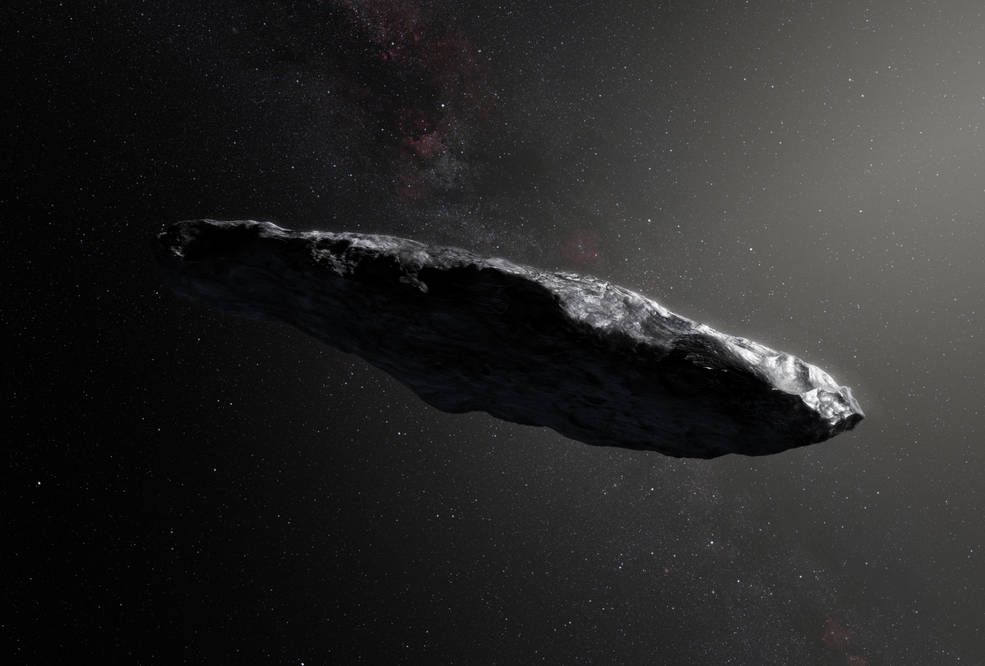 Back in 2017, Astronomers spotted the first ‘known’ interstellar object in our Solar System.

Named Oumuamua, it didn’t quite fit the properties of any known stellar object.

It looked like an asteroid but had the speed qualities of a comet— yet it didn’t have a comet-like tail. Initial interpretations suggested it looked like a cigar, which led some to suggest it might be artificial rather than natural.

A recent study by Arizona State University astrophysicists, Prof. Steven Desch and Dr. Alan Jackson, believe the object is a piece of an Exo-Planet: created 500 million years ago, when an object impacted into a Nitrogen covered planet.