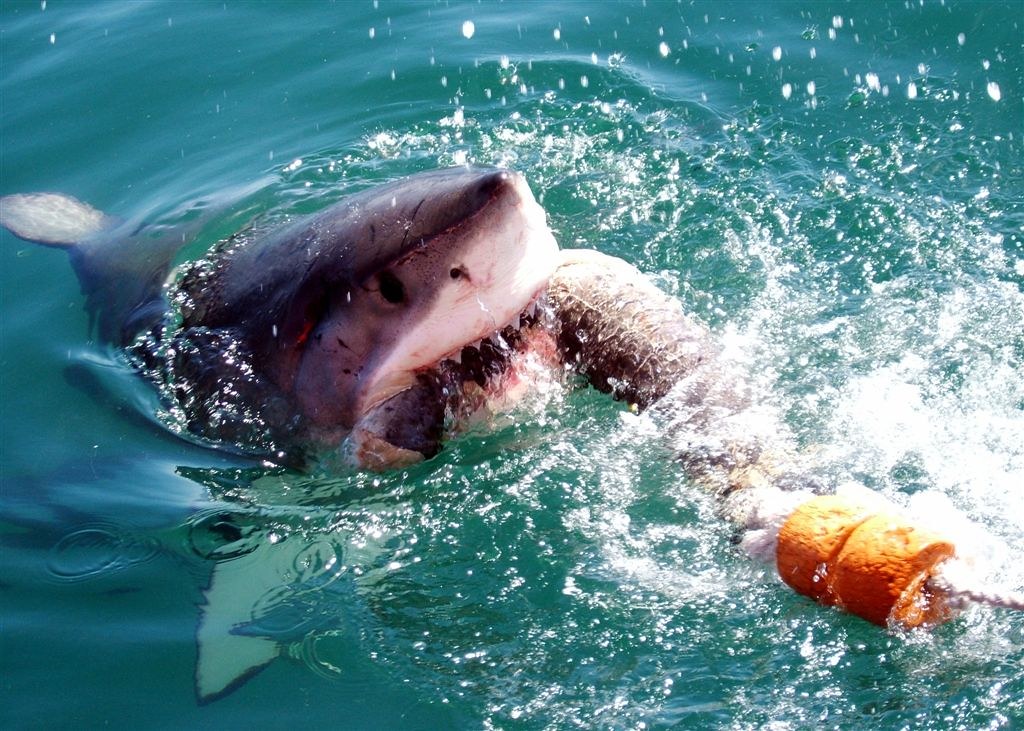 Play
Stop
"Great white shark" by 126 Club is licensed with CC BY-NC-ND 2.0. To view a copy of this license, visit https://creativecommons.org/licenses/by-nc-nd/2.0/

A new study has determined that many manufacturers produce shark deterrents that are ineffective.

Devices that use smells and magnetic fields as deterrent failed to repel sharks, to the same degree as the electronic versions.

Leading researcher Corey Bradshaw to suggest that 60% of shark bites could be prevented if beach goers wore the correct deterrent.