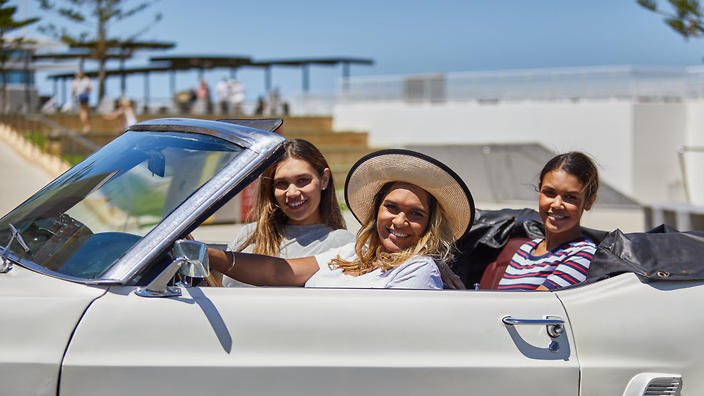 Play
Stop
Kelly and sisters in the Mustang

You would think that with 9 children, several grandchildren, a job and studying for a degree most women would be hoping their husband could carry some of the load.

But Daniella Borg, a proud Noongar woman, is a widow after her husband was killed in a cowardly one-punch attack.  And she decided to tell her family’s story by participating in an NITV TV series “Family Rules” which is just broadcasting a second series.

She says there are lots of Indigenous women like her in Western Australia!