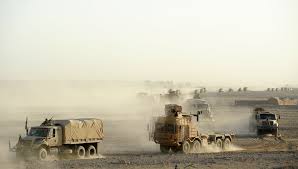 Seven years ago ex-soldier and security contractor Robert Langdon was escorting a military convoy in Afghanistan when he shot and killed a fellow worker. He has always claimed self defence but he was imprisoned and originally sentenced to death. His plight has received little publicity but behind the scenes work by embassy officials and his lawyer Steve Kenny resulted this week in a presidential pardon allowing him to return to Australia a free man.