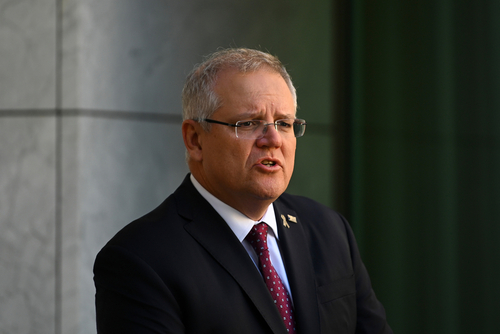 Amongst the tide of misconduct coming to light from the halls of parliament, Prime Minister Scott Morrison and Deputy Prime Minister Michael McCormack call for behavioral change.

From Liberal Back-bencher Andrew Laming all edged online harassment of two women in his constituency, to a coalition staffer performing masturbatory acts on a Liberal MP’s office- The government has an issue with the treatment of women.

As part of attempts to tackle the toxic workplace culture, the government is turning to empathy training courses. As of Saturday, The National Party has committed to undertaking such training, as has Andrew Laming.

It’s not the first time the government has employed empathy training, in 2019 a senate estimate hearing found that the government spent $190,000 on an empathy consultant for the Department of Infrastructure.

Many have criticized the government’s use of empathy training as a face-saving throw away, or an unsustantive attempt to cultivate what needs to be systemic change.

Leanne Butterworth is an Empathy Trainer with Empathy First. She has facilitated empathy training courses all over the world. She says, the government needs more than empathy training- it need morality training.

Sophie Ellis spoke with Leanne Butterworth to find what exactly is in these courses? Will they bring the government any closer to change?