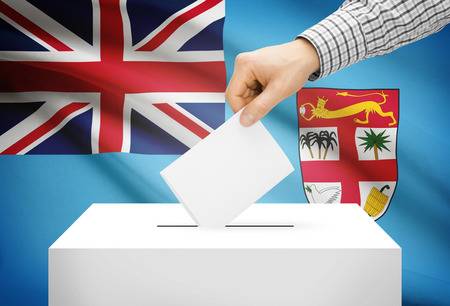 Over the last four decades, Fiji’s government has had difficulty marinating stability, with coups occurring in 1987, 2000 and 2006. The current Prime Minister, Josaia Voreqe Bainimarama, declared himself Prime Minister after an overthrow of the previous government in 2006. He is running once again for the 2018 election and despite  his main opposition Sitiveni Rabuka having a rocky start with now cleared  electoral fraud allegation, it has been uncertain who will win tomorrow’s election

The Australian government too will have a keen interest in the unfolding of the election, with growing tension with China’s influence over the Pacific nations.

Download Audio
Produced By
Featured in storyAssociate Professor Mr Jope Tarai, Teaching Assistant for School of Government Development and International Affairs at the University of the South Pacific Associate Professor Dominic O'Sullivan, in Political Science at Charles Stuart University
Category
Tags
Arrow Back to archive
Arrow Back to Tuesday
Share Facebook Twitter Twitter Tumblr
Other stories from this day:
You might also be interested in: