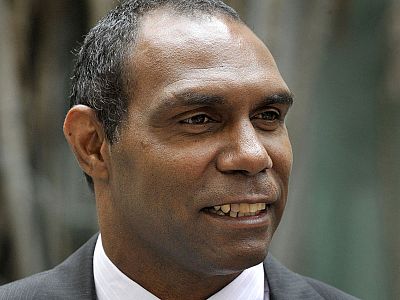 Indigenous Australians are warned this story contains information about people who are deceased.

Nearly 15 years ago today Indigenous man Mulrunji Doomadgee died of a range of internal injuries, including a ruptured spleen in police custody on Palm Island in north Queensland.

After his death, the community reacted furiously protesting across the island, leading to the police station where Mr Doomadgee died being burned down.

The officer who arrested Mr Doomadgee before he died former Senior Constable Chris Hurley was later found by the state coroner to have assaulted him while he was in custody.

Palm Island leader Lex Wotton reflects on the incident that would have a significant effect on his community.