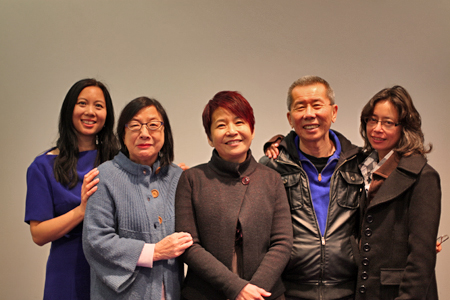 Play
Stop
(Image: Some of the cast members in Stories East & West by Biwa Kwan)

A theatre production opening in Sydney this week explores the changing experience of Asian-Australians across generations. Six Asian-Australians will publicly expose the skeletons in their family closets as they trace their journeys from China, Vietnam, Malaysia and India to Australia. They have been mentored in the process by internationally acclaimed storyteller William Yang, who has become known for his performances featuring autobiographical monologues with image projection.

A third-generation Chinese-Australian, Yang has documented Sydney’s gay subculture and figures in the artistic community including figures such as Patrick White, Brett Whiteley and Mel Gibson.Biwa Kwan dropped in on their rehearsals ahead of their opening night on Thursday.

Interview with William Yang for The Wire Radio