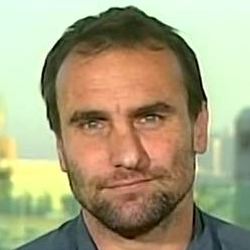 Faced with a man whose been shot and is dying before your eyes what do you do? For war correspondents there is an ethical dilemma between stepping in and standing back and recording the moment. Journalists on the front line also face the risk of capture, torture and death and increasingly in situations where their role as an independent observer is no longer respected. Michael Ware is a war correspondent who served on the front lines in Iraq and Afghanistan. He reflects on the increasing risks and challenges for journalists who are war veterans of a different kind.