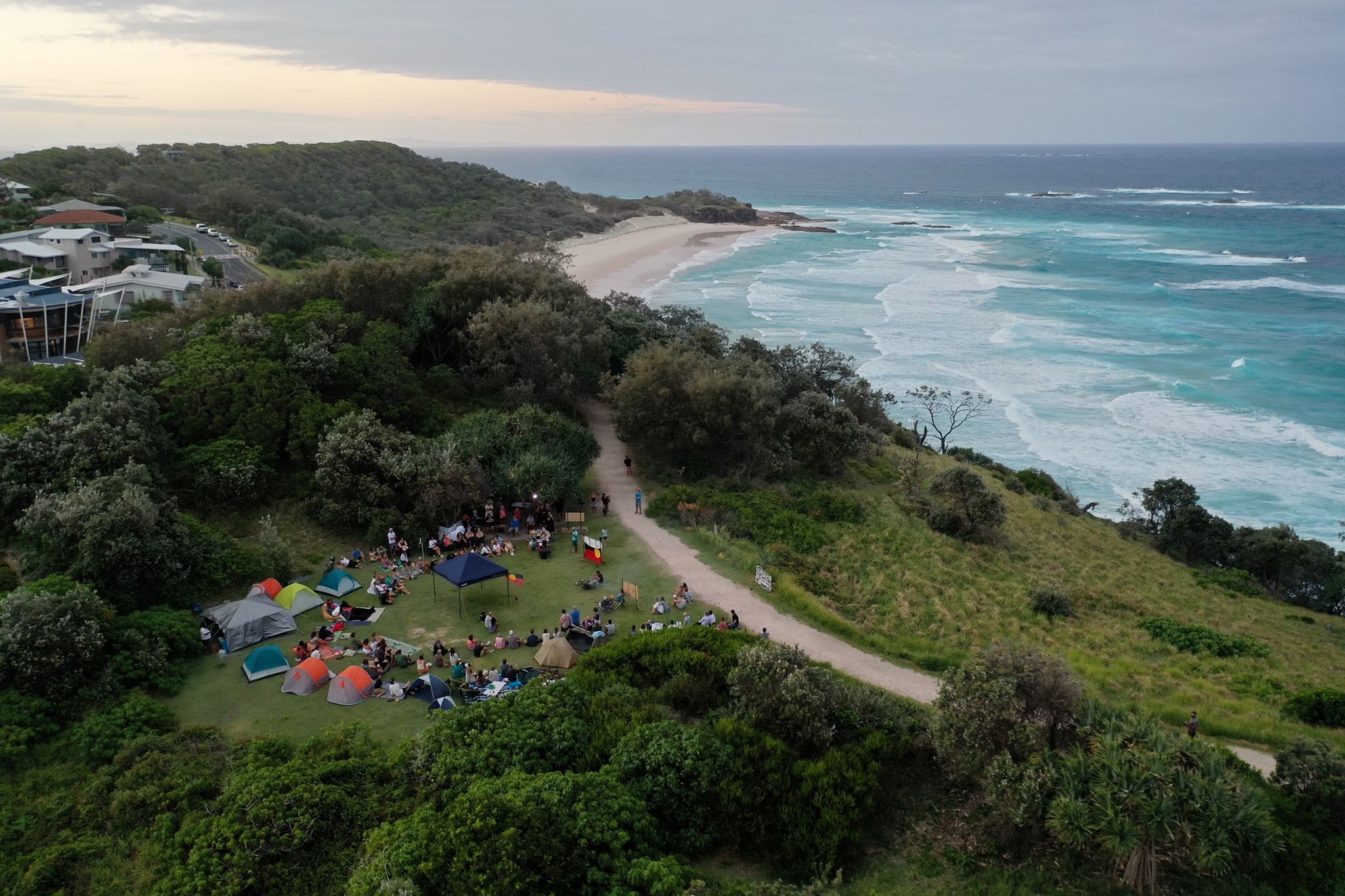 Protesters and traditional owners of the Quandamooka Land on the North Stradbroke Island are awaiting the government’s next move in the wake of the Quandamooka Truth Embassy, which was formed to halt the construction of a controversial tourist attraction.

The proposed Whale Interpretive Centre project is an attempt to steer Stradbrokes economy to tourism, but concerns over sacred land and disrespectful displays have caused significant disagreement with the project, as well as conflict between traditional land owners.

You can find more information on the Quandamooka Truth Embassy here.