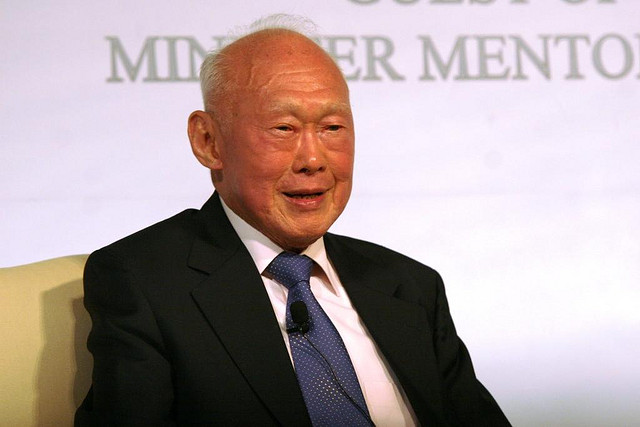 In the early hours of this morning Singapore’s elder statesman Lee Kuan Yew died of pneumonia. The party he created, the Peoples Action Party, has never lost power since he formed it at independence from the United Kingdom in 1959. Under his leadership Singapore’s GNP increased 15-fold. His success with the economy was not matched by advances in democracy or press freedom, however and former Australian Foreign Minister Bob Carr remembers the feisty Mr Lee’s remark that Australia could become the “white trash” of Asia. Notwithstanding this, Mr Lee was a friend of Australia in ASEAN and other Asian forums and as a world leader, he will be missed.

Download Audio
Produced By Roderick Chambers
Featured in storyProfessor Bob Carr, Director of ACRI, University of Technology Sydney & former Foreign Minister of AustraliaDr Yeow-Tong Chia, author and Lecturer in Education, University of Sydney
Category
Tags
Arrow Back to archive
Arrow Back to Monday
Share Facebook Twitter Twitter Tumblr
Other stories from this day:
You might also be interested in: