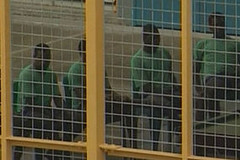 Play
Stop
"Indigenous incarceration under scrutiny" by publik16 is licensed under CC BY-NC-SA 2.0

A proposed reform to several sections of the Commonwealth Crime Act has gained momentum after Northern Territory Attorney-General Selena Uibo co-signed on recommendations made by the Law Reform Committee in a recent report.

The report recommended that several sections of commonwealth legislation be evaluated as current legislation does not permit indigenous traditional law to be considered in multiple areas of conviction for crimes committed by Indigenous Australians.

The committee aims to have the laws reformed to assimilate traditional and contemporary routes of justice.