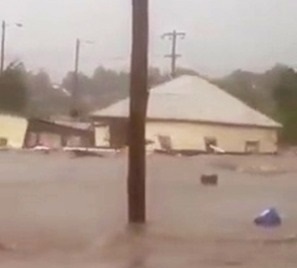 It’s being called the worst storm in a decade. Three people are dead and hundreds of thousands left without power as destructive winds, flash floods and heavy rain devastate New South Wales. The small town of Dungog, north-west of Newcastle has been hit particularly hard. A woman and two men, believed to be elderly, died after their house was washed away in scenes where rapids coursed down local streets. Police and emergency services are warning people to stay indoors and off the roads as they face a long night.