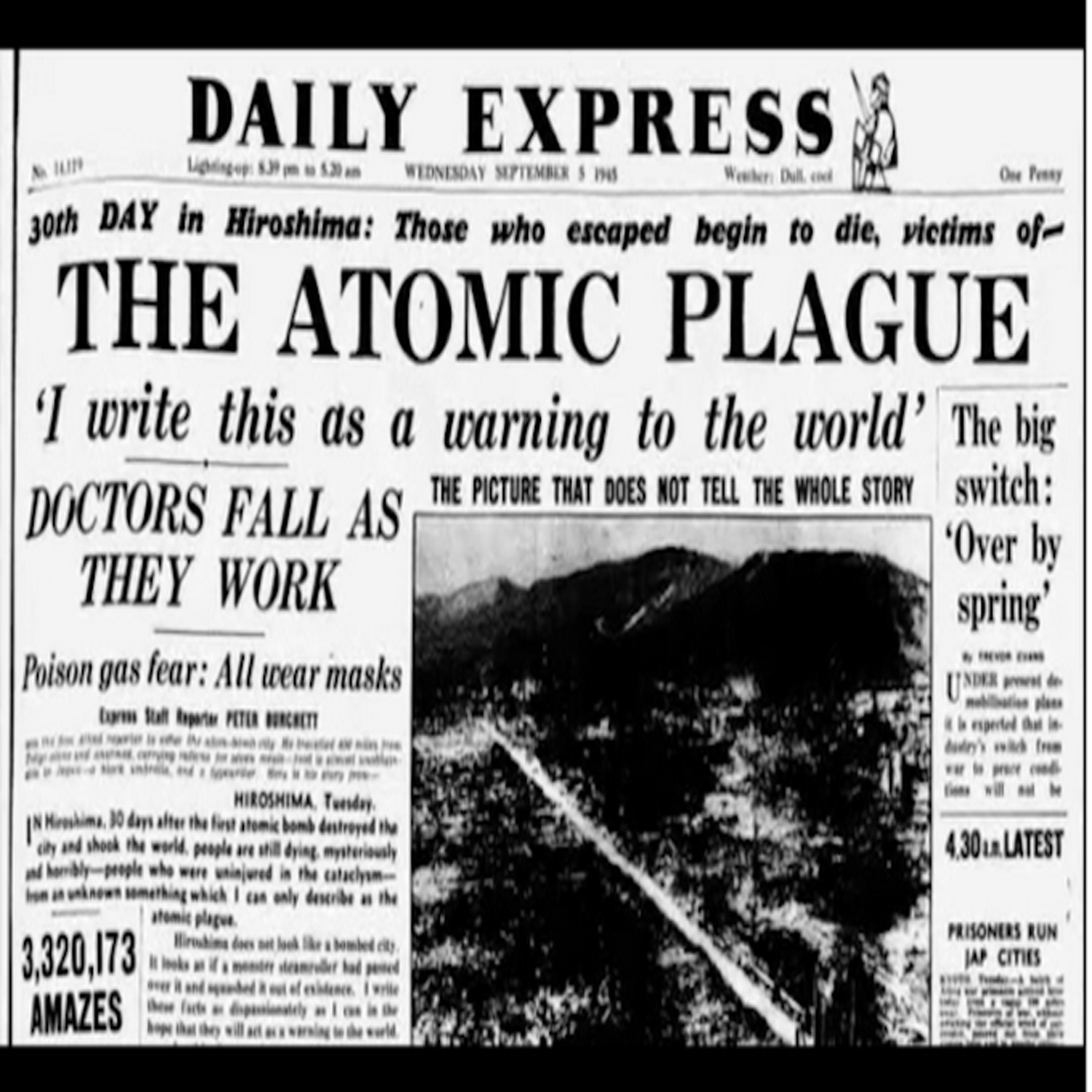 Play
Stop
The legendary headline in a British newspaper

On August 15th 1945 Emperor Hirohito announced the unconditional surrender of Imperial Japan to the Allied Forces. This followed the US use of nuclear bombs to destroy Hiroshima and Nagasaki.

Australian rebel journalist, Wifred Burchett, arrived in Tokyo with the official press corps brought in to report the surrender ceremony. Burchett heard rumours about the carnage and appalling death toll in the bombed cities, and, defying a ban on journalists leaving Tokyo, he boarded a civilian train to Hiroshima.

His report from the stricken city infuriated the US military and its dramatic impact was immortalised in his headline: “I WRITE THIS AS A WARNING TO THE WORLD”.