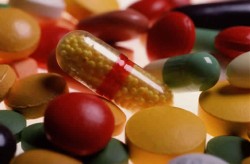 They’re supposed to make us better, but the misuse of antibiotics could pose one of the greatest threats to human health in the 21st century.

As consumers administer their medications incorrectly, viruses mutate and become resistant to a wide range of mass-produced medicines, while drug companies are unable to react. Today, the issue was brought into the spotlight by NPS Chairperson Dr Janette Randall, who delivered a speech on the topic at the National Press Club in Canberra.