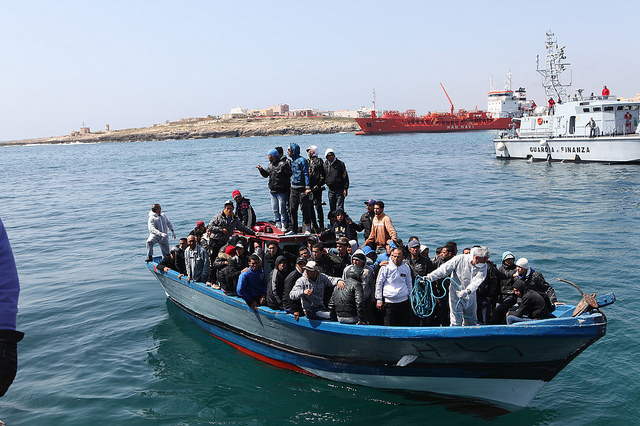 Over the past five years, the numbers of refugees arriving in Europe, by boat into the Mediterranean and on foot in the East, has risen massively. The Eastern and Southern European states, many of which continue to be mired in economic crises, have been the entry point for most refugees and have called on the European Union and wealthier EU states to take a greater part of the responsibility to refugees. And while Italy’s initiative “Mare Nostrum” seemed to signal that Europe was taking a more pro-active approach in rescuing refugees, many European states, spearheaded by the UK, have rejected it and argue instead for a policy of deterrence, which the EU seems to be moving towards.

Download Audio
Produced By Caitlin Doyle
Featured in storyDr Maria O'Sullivan, , lecturer in the Faculty of Law and an Associate of the Castan Centre for Human Rights Law at Monash UniversityBen Ward, Deputy Director of Human Rights Watch Europe
Category
Tags
Arrow Back to archive
Arrow Back to Tuesday
Share Facebook Twitter Twitter Tumblr
Other stories from this day:
You might also be interested in: