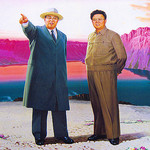 Thousands of North Koreans risk their lives each year trying to escape to China. But China considers them illegal economic migrants, and, if caught, repatriates them back to North Korea where they face detention, torture, and execution. ABC’s Four Corners recently aired a documentary highlighting the perilous journey faced by North Korean defectors. But since the documentary aired, there are fresh concerns over whether the faces of the defectors and smugglers were sufficiently concealed.