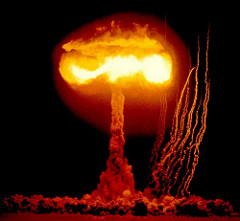 With US military arriving in Darwin today the world sits on the footsteps of nuclear war.

North Korea has raised the stakes in their stand-off with the US stating they won’t be afraid to go to war if attacked.

As the world watches, Malcolm Turnbull has called on China to bring North Korea into line, but is there another country that could be the calming force in a geopolitical storm.
The Wire spoke to Dr. Leonid Petrov and Greg Austin about the Korean crisis.