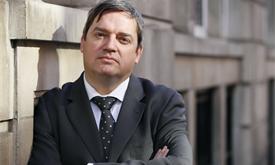 Phillip Blond is a UK theologian and a high profile economic advisor to conservative British Prime Minister David Cameron. Mr Blond is in Australia at the moment to promote his idea of a so-called Big Society. Blond says both the left and the right of politics have failed to make society better and that a new approach is needed.

This is his third trip to Australia to sell his ideas – quite often to opposition leader Tony Abbott – who’s a big fan. So if  the coalition is elected could we see the big society idea here in Australia? And if so what would that look like?