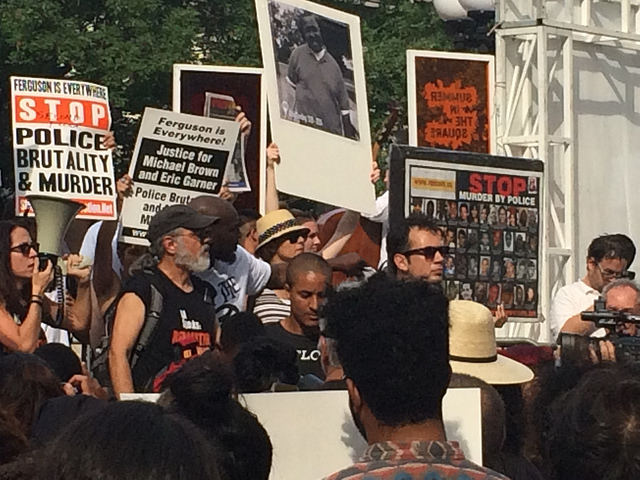 Anger and racial tension continue to boil over in the aftermath of the controversial police killings of two African-American men last week and the assassination of five police officers by a sniper during a protest rally in Dallas.  On Saturday night police arrested prominent Black Lives Matter activist DeRay Mckesson, along with 120 others during a protest against the killing of 37-year-old Alton Sterling in Baton Rouge, Louisiana. Though McKessson was freed Sunday afternoon, protests continued throughout the country, demanding an end to police discrimination against black and minority communities and a fairer system of justice for all.  From abroad, President Obama made a plea for unity in his country, as cries that America was returning to the dark days of the racially divided and racially hostile Sixties, gathered vocal heat.