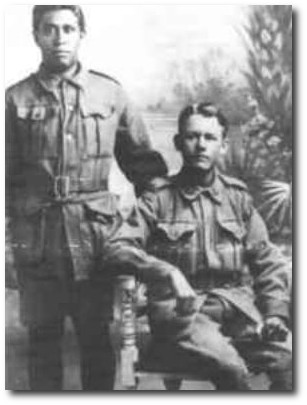 Armistice day 2018 marks 100 years since the end of hostilities on the Western Front in France.  A third of Australia had a relative injured or killed in the ‘Great War’  which is why there is a war memorial in even the smallest town throughout the nation.

Often missed is the over 1000 Aboriginal and Torres Strait Islander men who enlisted in the AIF despite being ‘exempted’ from military service.  Over 100 horsemen served in the famous Light Horse regiments, and Ray Minniecon recounts how his two Grandfathers’ came to be in Beersheba with the Light Horse in World War 1.  NITV’s program ‘Truth be Told; Lest we Forget’ recounts the stories of four Indigenous people discovering the courage and bravery of their forebears.