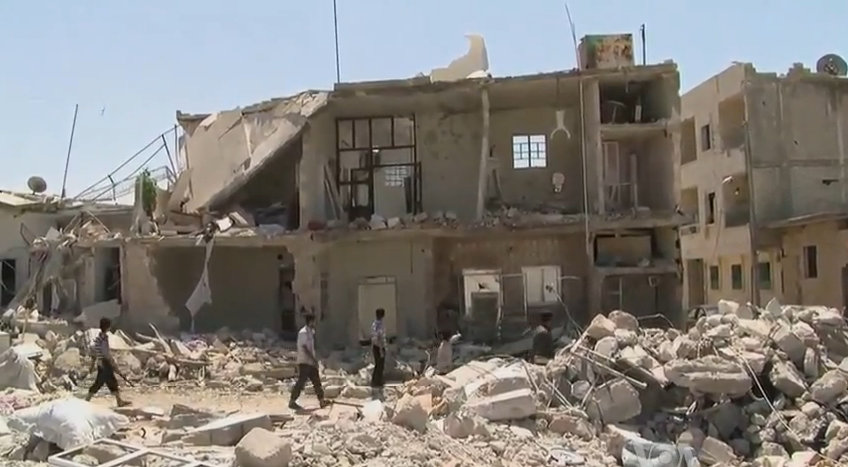 Play
Stop
Image : After aerial bombardment by the Syrian government of rebel-held areas of Azaz in Aleppo governorate, Scott Bob

This morning, the White house released a statement outlining the suspension of diplomatic channels with Russia. This has essentially ended the co-operation of the two world powers in the Syria, only maintaining the bare minimum Military communications.

This comes a week after the United States, United Kingdom and France walked out of a UN security council meeting being addressed by an official representative of Syria’s Assad regime. In the same meeting, the UK also leveled accusations at the regime of committing war crimes, citing the resumption of the siege against rebel strongholds in Aleppo.