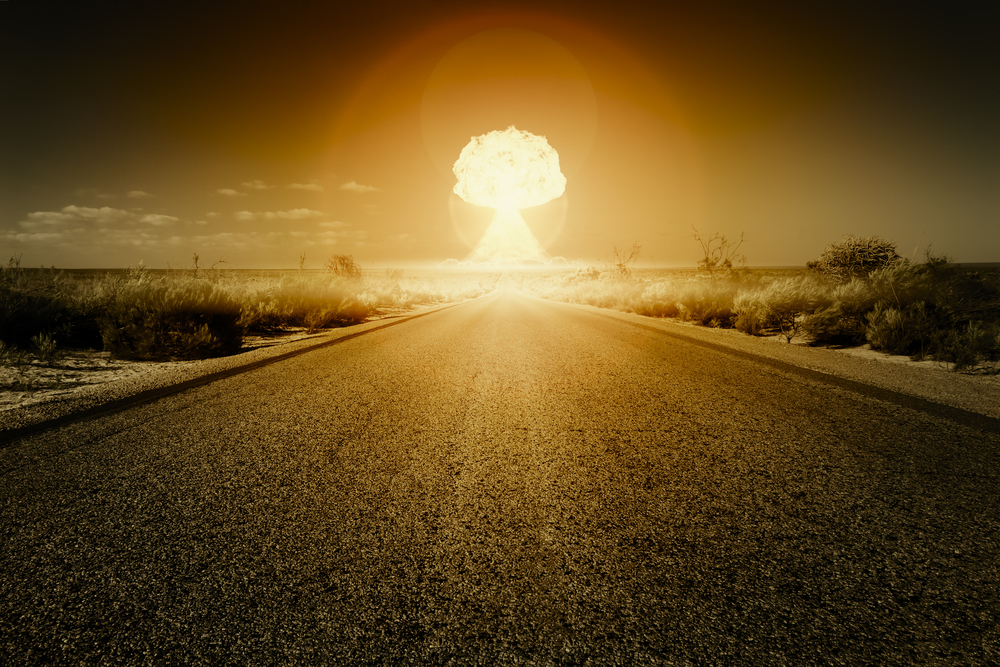 Play
Stop
Image: 'An image of a road to a nuclear bomb explosion' by Mark Gann on Shutterstock

The United Nations is about to vote on banning nuclear weapons, although there is one hitch: The Australian Government is not going to attend the vote.

Three nuclear tests were conducted throughout the 1950s and 60s by the British military.  Emu Field, Montebello Islands and Maralinga are the traditional Aboriginal sites where the nuclear testing took place and long-term effects on local Aboriginal communities are still being felt today.