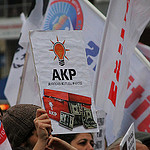 Recep Tayyip Erdogan has seized the Turkish presidency in what critics are calling a power grab. The three-term prime minister from the AKP party will be sworn in later this month, after winning the country’s first direct presidential election. This controversial figure has divided Turkish citizens, bringing highly-praised economic reform, but also cracking down on dissent.