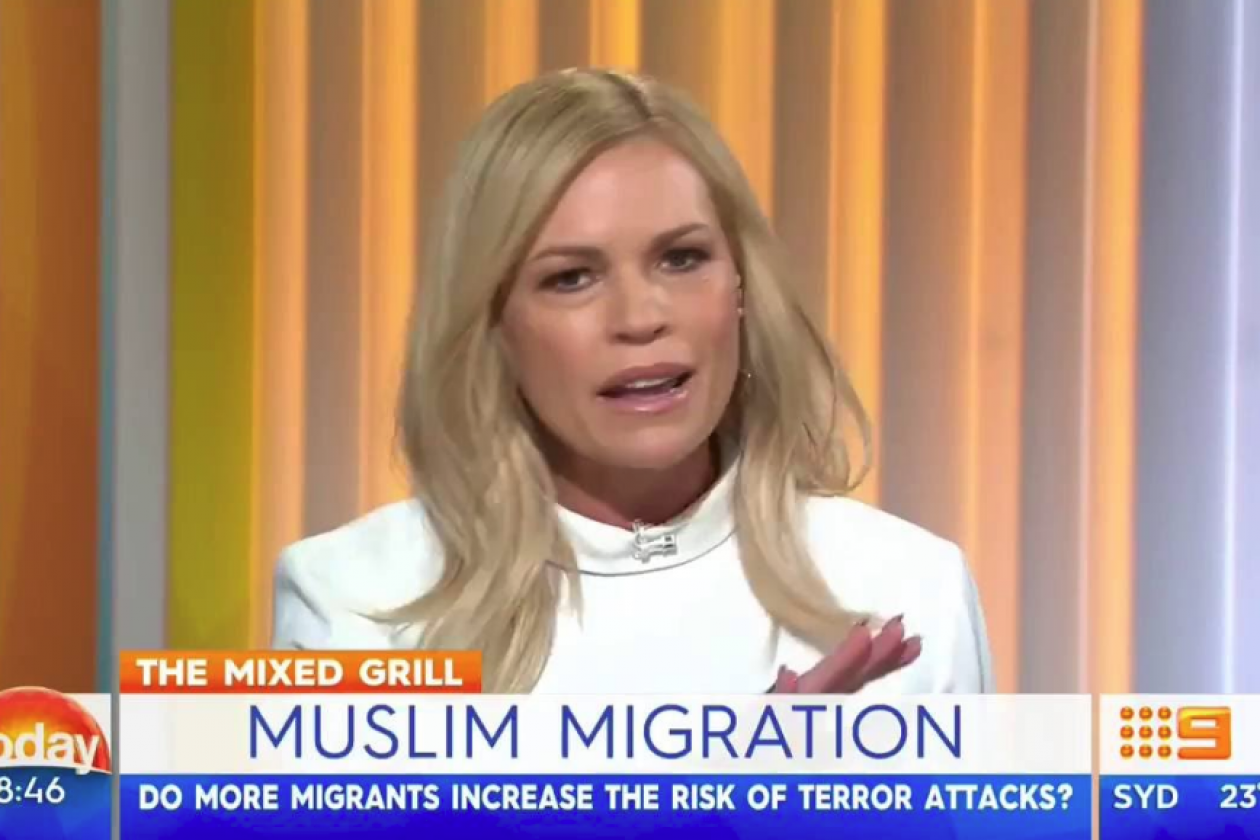 The Civil and Administrative Tribunal found Channel 9 Presenter Sonia Kruger vilified Muslims when she called for a blanket immigration ban on those of the Islamic faith during a segment on The Today Show in 2016.

However, the complaint filed by Australian Muslim man Sam Ekermawi was dismissed by the tribunal last Friday as they found Muslims to not be of a “common ethno-religious origin”  and as a result not a racial group, thereby drawing attention to gaps in the state’s anti-vilification legislation that deserve examination.

Download Audio
Produced By Laura Heinrichson
Featured in storyProfessor Luke McNamara at UNSW Law and Co-Director of the Centre for Crime, Law and JusticeSonia Kruger, Australian Television Presenter and Media PersonalitySarwa Abdelraheem, Lawyer
Category
Tags
Arrow Back to archive
Arrow Back to Tuesday
Share Facebook Twitter Twitter Tumblr
Other stories from this day:
You might also be interested in: