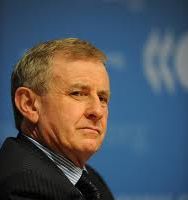 In a confusing finale to this Federal parliamentary sittings Arts Minister Simon Crean called for a leadership spill and then Kevin Rudd announced that he would not challenge the Prime Minister. It’s left a much damaged Labor party to battle on with business as usual.

Comentator Bernard Keane says it was a matter of not doing the numbers and what has happened confirms the prospect of total electoral defeat for Labor this September.