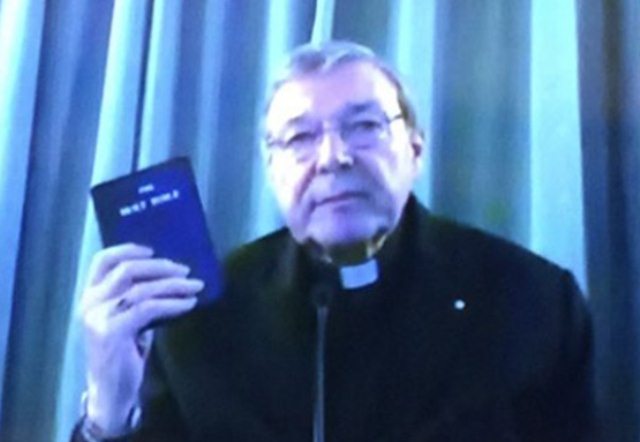 Cardinal George Pell appeared today before the royal commission into institutional responses to child sexual abuse, via video link in Rome. Australia’s most senior Catholic was questioned for four hours about Catholic abuse in Ballarat and Melbourne. When Cardinal Pell was asked if students had approached him with complaints of inappropriate touching by teachers, he was unable to recall any examples. When counsel assisting Gail Furness asked about rumours of sexual abuse by priests, Cardinal Pell said: “In those days, if a priest denied such activity, I was very strongly inclined to accept the denial.” The royal commission will hear evidence from Cardinal Pell over the next three days.