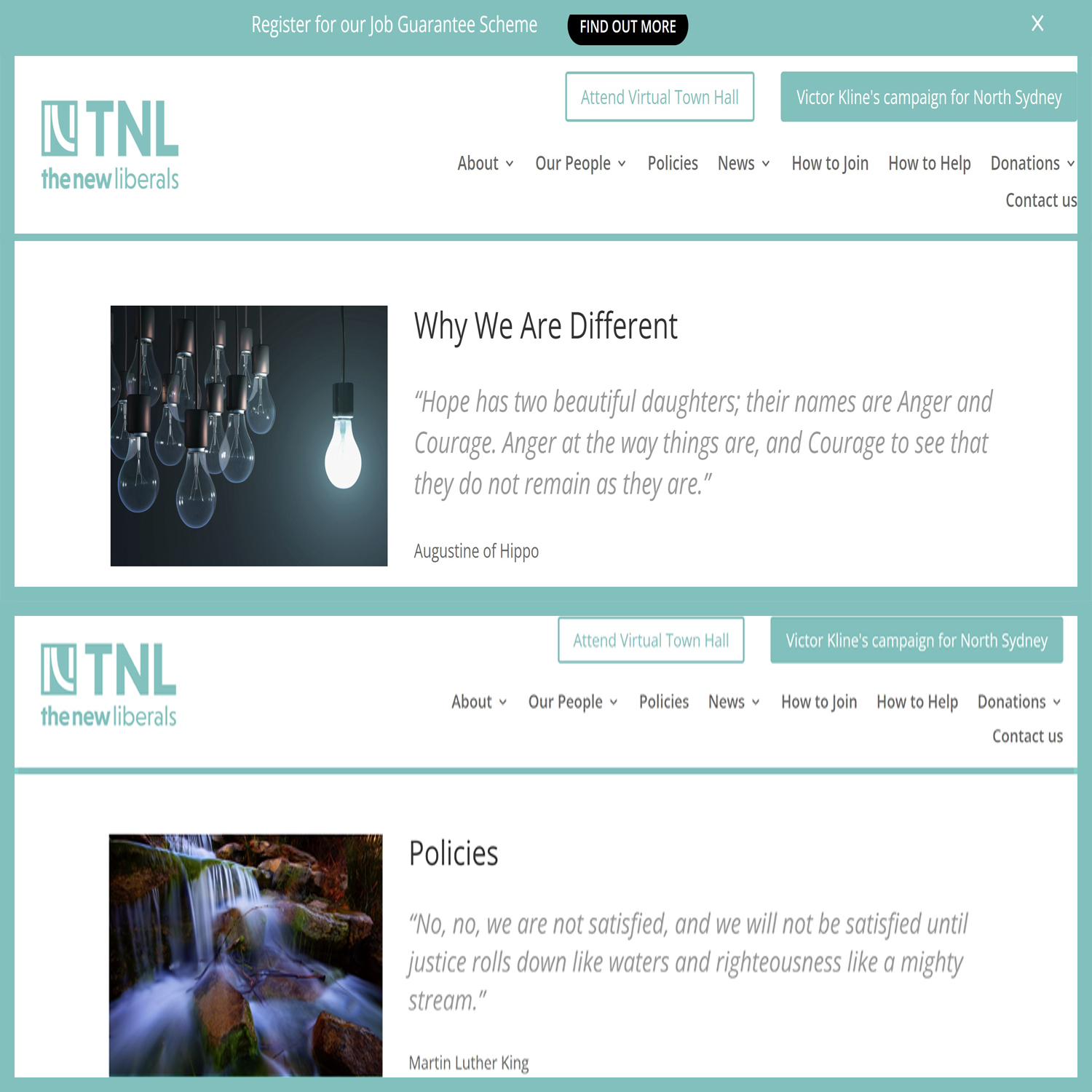 The New Liberals are a recently launched  party which asserts that the current Liberal Party is no longer genuinely liberal. They are also critical of the Morrison government’s record on climate change mitigation.