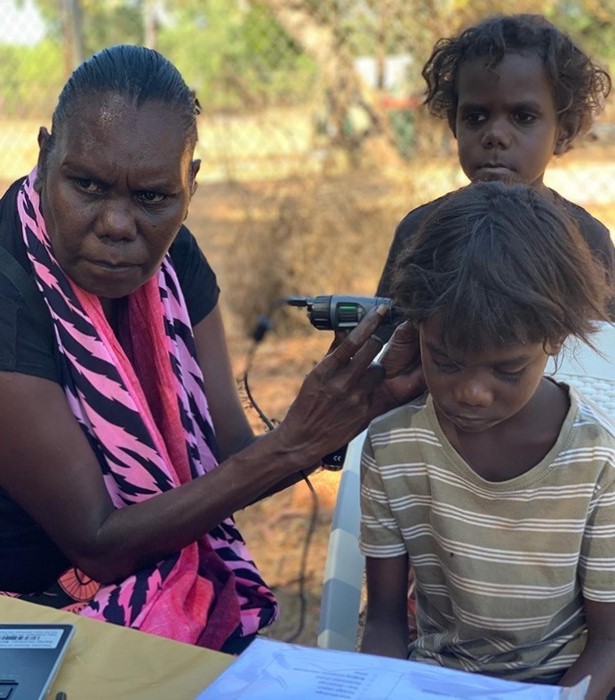 The Menzies School of Health Research has celebrated its first graduates of the Hearing for Learning Initiative, a community-based training program focused on the detection and prevention of ear health isssues like otitis media; a common condition among Indigenous children.

Equipped with the skills of a certificate II in Aboriginal Primary Health Care and local knowledge and language, graduates will act as the bridge between diagnosis and treatment while also gaining viable employement opportunities for the future.

Australia has one of the highest rates of middle ear infections among Indigenous communities worldwide according to statistics from the World Health Organisation, highlighting the need for highly accessible and culturally appropriate ear health programs facilitated by and for Indigenous peoples.

The success of the program ultimately relies upon funding which was given by the centres philanthropic supporter the Balnaves Foundation, and the Australian and Northern Territory Governments.