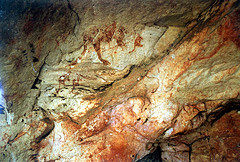 Aboriginal leaders and the local community have condemned the proposal. In fact, the Government has been accused of creating a “stolen heritage generation”.