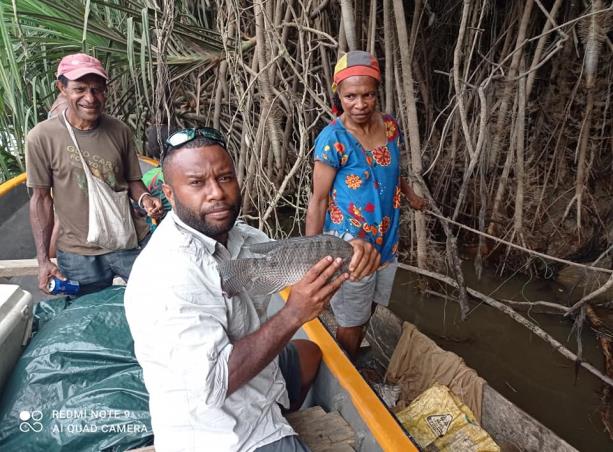 Papua New Guinea has the fourth highest rate of child growth stunting in the world and this can be traced back to a lack of protein in their diet.  They also are prone to other diseases such as malaria.  Particularly in the Highland areas, people do have pigs and chickens but these are only used for ceremonial or important occasions so that regular protein is missing from their diet.

Fish provides good protein for those on the coast of PNG, and a young researcher from the Goroka area, Joshua Noiney,  has been working on a Genetically Improved Farmed Tilapia – the Nile variety, which has proved conducive to freshwater fish farming in the inland areas.

As part of a government program, he has led the establishment of over 20 hatcheries throughout the inland areas of PNG, which not only provides food locally, but produces enough fish to provide income also for other needs such as health and education.