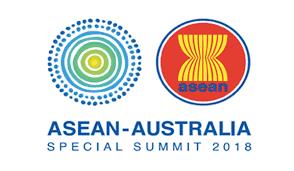 The ASEAN summit held in Sydney was an opportunity for Australia to strengthen its relationship with Asia.

Some of the more controversial leaders to attend are Philippine volatile populist President Roderigo Duterte, hard-line Communist Cambodian Prime Minister Hun Sen who brooks no opposition and Myanmar’s Prime Minister Aung San Suu Kyi, who is shouldering a lot of the blame for the Military’s vicious crackdown on Rohingya muslims.