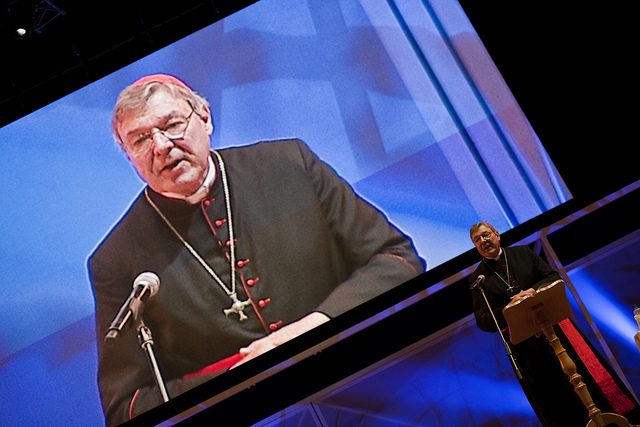 Cardinal George Pell has been convicted of sexually abusing  two choirboys at St Patrick’s Cathedral in 1996 and 1997, while he was the Catholic Archbishop of Melbourne.  The jury verdict was delivered on December 11 2018, but a suppression order by the court banned all reporting on the trial which could prejudice another case in progress relating to the Ballarat public swimming pool.  That case has now been dropped.

The conviction of Adelaide Archbishop Philip Wilson was overturned by the Court of Appeal, and Cardinal Pell is also launching an appeal against this decision.  Many questions remain – will the Pope defrock Cardinal Pell immediately?  Will the case end up in the High Court?  How many Church properties will have to be sold to fund legal bills?  What happens to the victims?