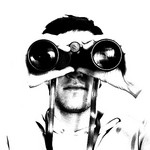 Australia is at risk of alienating itself from its closest neighbours as the allegations of spying continue to wreak havoc on international relations.

Allegations that Australia has used its embassy in Djakarta for intelligence gathering and spying continue to dominate the headlines in the Indonesian press.  President Susilo Bambang Yudhoyono has ordered his ministers to seek explanations from Australia.

In response, Australia’s Defence and Foreign Affairs ministers met with their Indonesian counterparts this week but the issue seems no closer to resolution. Indonesian Foreign Minister Marty Nata le gawa has said that Australia risks damaging the trust between the two nations if it fails to answer the allegations satisfactorily.