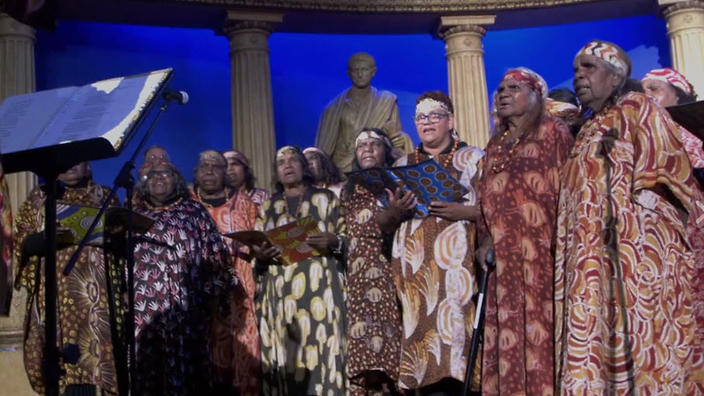 “The Song Keepers” is a film documenting the tour the Central Australian Aboriginal Women’s Choir took across Germany in 2015.

It was the result of an event a century ago when German missionaries spent three years teaching their music and hymns to Aboriginal women in Central Australia.

100 years later, a choir from Central Australia took these hymns translated into their own language back to Germany, where the hymns they knew have since been lost.