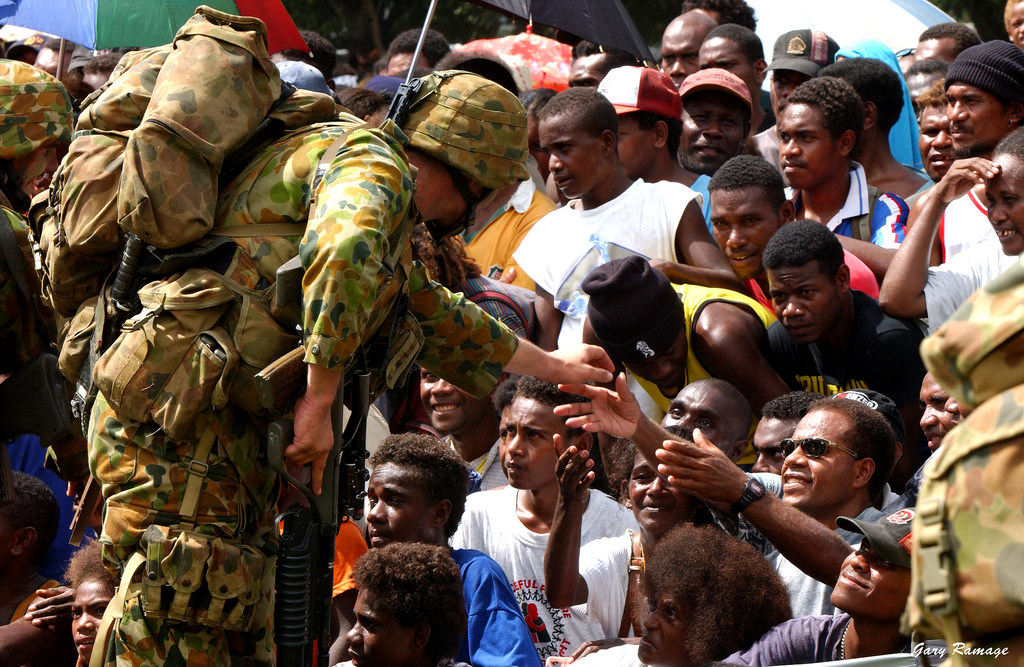 A 14 year long, Australian led peacekeeping mission in the Solomon islands ends tommorow, as Australian federal police and armed forces move out of the country.

The Regional Assistance Mission to Solomon Islands (RAMSI) began in 2003, and was a coordinated effort between Australia, New Zealand and thirteen other Pacific nations.

RAMSI was made necessary by a waves of violence across the Solomon Islands, which saw an estimated 200 people killed, several thousand displaced from their homes, and the nation on the brink of becoming a “failed state”.