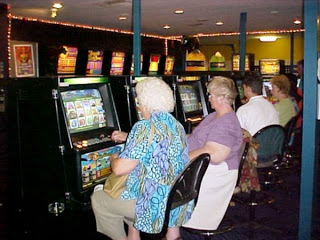 The Federal Government has introduced gambling reform legislation to Parliament which will set daily withdrawal limits from ATMs in gambling venues from May next year but Senator Nick Xenophon is not impressed.

While key independent Andrew Wilkie and the Greens feel the reforms are better than making no progress at all, Mr Xenophon described the Government’s plans as weak and he feels pokies reforms should go much further.