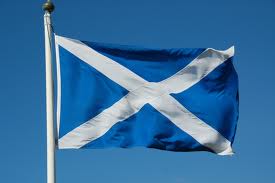 Scotland has become a step closer to gaining independence from the UK this week, with an agreement to hold a referendum on the issue being signed by British Prime Minister, David Cameron and Scottish First Minister, Alex Salmond. While British rule has never been popular in Scotland, the result is far from decided however, with many Scottish torn between nationalism and their economic future.

Labour Senator and Scottish expatriate Doug Cameron believes that the referendum needs to have three options, a yes or no to independence or a further devolution of power to the Scottish Parliament.