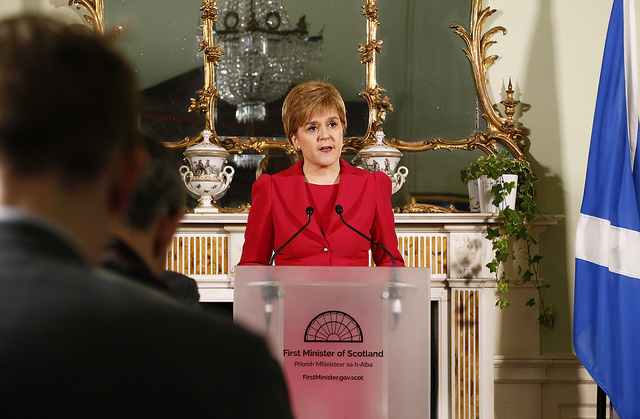 Since the United Kingdom voted in favour of leaving the European Union, the future of Scotland’s place in the UK has come under doubt.

Scotland is set to vote for a second referendum, as Scottish First Minister Nicola Sturgeon outlined her intention to create a Scotland independent of the UK.

Despite the initial referendum in 2014 being defeated, First Minister Nicola Sturgeon is adamant the people of Scotland want to vote again.

As Scotland strives for independence, questions are being raised over whether or not Scotland’s economy is strong enough to sustain independence.

Download Audio
Produced By
Featured in storyJohn Mikler, Associate Professor of the Department of Government and International Relations at University of SydneyTim Harcourt, Economist at UNSW Business School James Cameron, PhD Candidate at Australian National University
Category
Tags
Arrow Back to archive
Arrow Back to Tuesday
Share Facebook Twitter Twitter Tumblr
Other stories from this day:
You might also be interested in: