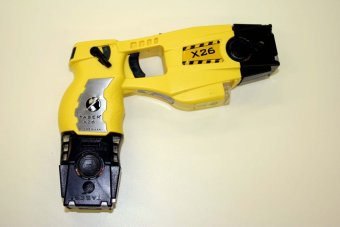 “Reckless and dangerous” is how New South Wales Coroner Mary Jerram described the behaviour of several New South Wales Police Officers when she handed down her findings into the death of tasered Brazilian student Roberto Laudisio Curti today.

The Coroner said the actions of the police constituted an abuse of police power and recommended five officers be investigated for possible disciplinary action. She also questioned whether probationary officers should be able to carry the deadly weapons, and said police training methods also need to be questioned. It’s not the first time New South Wales Police have been in trouble over their use of tasers.