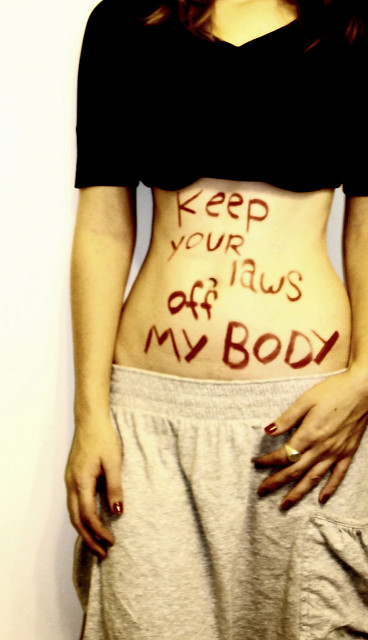 Thousands of protesters in Warsaw chanted: “We want doctors, not missionaries!” in front of the central offices of the ruling Law and Justice (PiS) party in Poland, after the political party proposed legislation that would criminalise all terminations in country

Women wore black in a sign of mourning for the feared loss of reproductive rights and stayed away from their workplaces to demonstrate their anger with the proposal.

Poland’s already restrictive abortion laws only allow abortion in the case of rape, incest, a threat to a pregnant woman’s health, or when the baby is likely to be permanently handicapped.

The “black protests” held throughout Poland were inspired by an all-out strike more than 40 years ago by the women of Iceland  when 90% of women refused to work, cook, or look after their children for a day in October 1975.